Which cooking method is best for meat?

A lot of people across the globe frequently include meat in their diet. Meat is delicious, satisfying and contains high amounts of nutrients. Protein is one of the components found in meat. Furthermore, meat can be prepared in different ways. Your selected cooking method determines if your meat will be healthy or not. We are going to look at different ways of preparing meat.

Does cooking method affect your meat?

It is estimated that human race has been cooking meat since the Stone Age period. Cooking helps break down connective tissue and tough fibers. This is what makes it easy to digest and chew meat. Cooking also results to improved nutrient absorption rate. People also cook meat to eliminate harmful bacteria that might results into different kinds of illness. E coli and salmonella are some of these bacteria. However, the cooking method determines if your antioxidant will remain intact or reduce.

Roasting and baking are common ways of cooking meat. This cooking method uses dry heat. Dry heat methods are very different from methods that use moist heat. Roasting is one of the common methods of preparing meat. It entails cooking meat using a roasting pan. Roasting can also be done using an oven rotisserie. Oven rotisserie is recommended for large amounts of meat pieces such as turkeys and chicken.

On the other hand, baking is recommended for fish, poultry and chicken. Baking isn’t favorable for cooking red meat. You simply need to place your meat in a baking dish. You have an option of opening or covering your baking dish. The temperature required for baking and roasting varies. The cooking time also varies. Normally, it depends on the cut and the type of meat you are preparing.

Baking and roasting are the healthiest ways of cooking meat. They are linked with minimum loss of vitamin C. However, don’t cook your meat for a long time under high temperatures. This might result into loss of other nutrients in the body. You can gather the juices that drip from meat while cooking and serve them in your meals. This is the simplest ways of reducing nutrient loss.

Broiling and grilling are high temperature cooking methods. In broiling the high temperatures come from above. On the other hand, grilling entails placing your high temperatures below your meat. It can be on a barbecue or open grill. Grilling is one of the common ways of preparing meat. However, grilling can lead to production of some harmful chemicals. Grilling results into fat melt and dripping on the surface because of its high temperature. This can create polycyclic aromatic hydrocarbons, toxic compounds. This toxic compound has been linked to different kinds of cancer such as pancreatic cancer and breast cancer.

Grilling and broiling trigger formation of advanced glycation end products commonly known as AGEs. These compounds increase risks of different conditions such as skin aging, kidney disease and heart condition. Anyone using broiling or grilling as a way of preparing meat should try and shorten the cooking time. This helps reduce production of AGEs.

Simmering, stewing and poaching are moist heat cooking methods. The temperatures used in this cooking ways are lower. That is the reason your meat might take longer to prepare when compared to other cooking methods. Simmering, poaching and stewing require cooking liquid. Poaching requires short cooking time when compared to simmering and stewing. It is recommended for delicate meat such as fish, chicken and duck. Cooking meat at low temperatures reduces AGEs formation.

Vitamin B can be lost in simmering and stewing because of lengthy cooking period. Similarly, more than half of niacin and thiamine can be lost if meat is cooked for a long period. Consider meat juice to reduce the nutrient losses.

In addition to these, pan frying and stir frying retain a lot of nutrients when compared to other meat preparation methods. Fatty methods cooked under these two conditions are less likely to cause oxidized cholesterol, linked to numerous health conditions such as heart disease.

Stir frying and pan frying are also linked to heterocyclic amines compounds, which increase the risk of developing cancer. These compounds are formed when meat is exposed to high temperatures. Marinating your meat with spices, herbs, vegetables or fruits is one ways of reducing heterocyclic amines. You should also choose healthy fat when cooking. This includes stir frying and pan frying. Consider olive oil, coconut oil or palm oil.

Deep frying is a common method of cooking meat. It entails using fat when preparing your meat. Deep frying is linked to tremendous benefits. It remains a lot of minerals and vitamins. This cooking method also brings out an appetizing flavor. Sadly, this cooking method also increases the risks of some health conditions. Deep frying increases production of Has, AGEs and aldehydes. These compounds are linked with different health conditions such as heart disease and cancer.

As the name suggests, slow cooking entails cooking your meat for several hours. Slow cooking is mostly carried out under a ceramic bowl. Cooking is also carried out under low temperatures. Harmful compounds are less likely to be formed under low temperatures. People love slow cooking method because it is convenient. It doesn’t require a lot of checking or stirring. Sadly, slow cooking results into the loss of vitamin B through the juice produced during cooking. Be on the lookout on meat you cook because others are delicate.

There are instances when you must open the pressure cooker to check the meat. This process temporarily halts cooking. There are some instances where meat becomes so soft.

Sous vide refers to under vacuum in English. This process entails placing meat in an airtight plastic bag. Afterwards, you should cook your met for more than seven hours under controlled temperatures. Some types of meat might require pan searing immediately after sous vide. This method of cooking meal also reduces possibility of harmful chemicals forming. The juice produced during the cooking process remains inside the plastic bag and can be served with meals. This helps remains different kinds of nutrients. Above all; the sous vide plastic bags don’t contain any harmful chemical.

Prev post 7 Best Skincare Tips and Products for Men This Winter 2019
References What is the healthiest alternative to sugar? 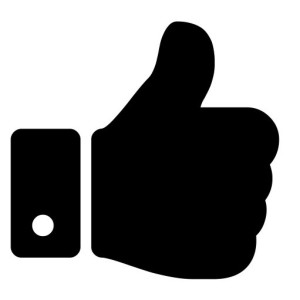